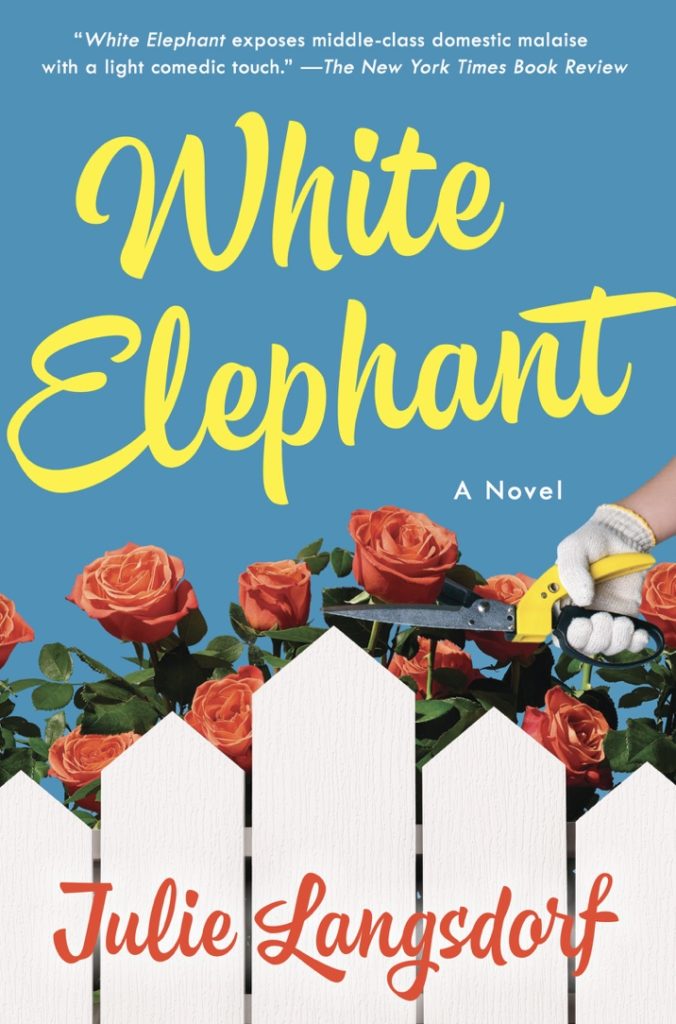 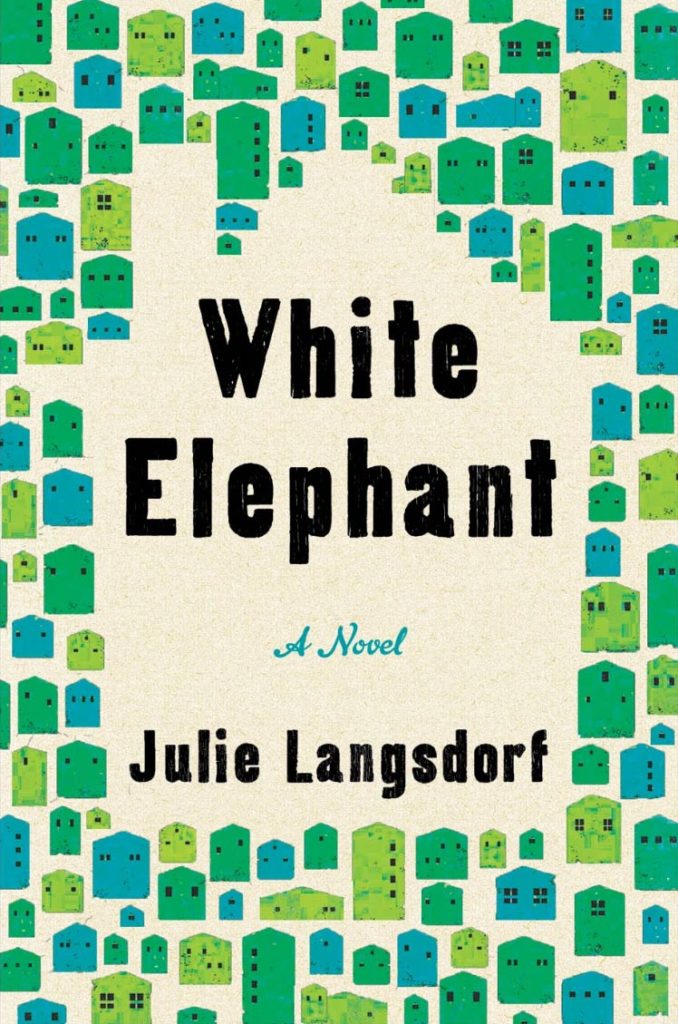 A turf war between neighbors leads to a small-town crisis in this sharply observed debut novel perfect for fans of Tom Perrotta, Meg Wolitzer, and Celeste Ng.

The white elephant looms large over the town of Willard Park: a newly-constructed behemoth of a house, it towers over the other homes, including Allison and Ted Miller’s tiny hundred year old bungalow. When owner Nick Cox cuts down the Millers’ precious red maple–in an effort to make the unsightly property more appealing to buyers–their once serene town becomes a battleground. White Elephant is a tangled-web tale of a community on the verge and its all-too-human inhabitants, who long to connect but can’t seem to find the words. It’s a story about opposing sides struggling to find a middle ground–a parable for our times.

“An interloper’s plans to build a McMansion amid the cozy bungalows leads to angry town halls, scandalous romantic dalliances and shady high jinks…. All smart, satiric fun, the kind of comic novel that helps us see our own foibles while we’re laughing at those of others.”
-The Washington Post

“The ‘white elephant’ in this darkly comic social satire is a gaudy new home constructed in a quaint Washington, D.C., suburb. Conflict over the home pits residents against each other and turns their town into a battleground.”
-USA Today

“If you’ve spent any time on the social media website Nextdoor, you know that neighborhoods are teeming with quiet (and sometimes not so quiet) resentments and bitter turf wars. The debut comic novel from Washington, D.C. author Langsdorf focuses on residents of a suburb locked in an angry fight.”-Los Angeles Times

“This ambitious and intriguing work about the American suburbs is perfect for fans of Ann Patchett or Meg Wolitzer.”
-Publishers Weekly

“Julie Langsdorf can write, no doubt about it.”
-The Washington Times

“This smart suburban drama (is) perfect for fans of Emma Straub’s Modern Lovers and J.K. Rowlings The Casual Vacancy.”
-Real Simple, The Best Books of 2019 (So Far)

“Langsdorf gleefully skewers small-town stereotypes, such as the sharp and ambitious real-estate agent, the suburban dad hiding a pot habit, and the sorority sister who can’t figure out how she ended up unhappy. But beneath the caricatures are deeper truths about belonging, community, and relationships. In this smartly satirical novel, the raging feud reveals much about the residents’ core values.”
-Booklist

“Julie Langsdorf’s debut novel slams two conflicting ideas of the American Dream smack into each other with wit and wisdom. The dialogue is sharp and a mystery subplot adds a dash of suspense. Entertainment at its best.”
-Shelf Awareness, starred review

“Debut novelist Langsdorf’s sure hand lays bare the secrets and hypocrisies of 21st-century American communities hell-bent on preserving what may never have been as they stumble awkwardly toward the light of what could be with just a touch of perspective. Funny, spot-on satire relevant in today’s divisive noise-machine of battling egos.”
-Library Journal, Winter/Spring Bests: Debut Novels 2019

“Julie Langsdorf does a spectacular job of highlighting the inner workings of the American Dream…The dysfunction of a neighborhood and the inhabitants make such a perfect novel. White Elephant is here to make your March much, much better.”
-Women.com

“Author Julie Langsdorf’s greatest achievement in White Elephant is to simultaneously play with caricatures while also exploding them. Everyone in this book is treated to a thoughtful, well-rounded portrait. Much in this novel is oversized, including the house whose nickname gives the story its title, but the measure it takes of various hearts is not, rendered as they are on a deeply human scale.”
-Washington Independent Review of Books

“Julie Langsdorf mines wit from the ways that people manage (or don’t) to live in close proximity. Her smart, enjoyable suburban comedy is observant and knowing about social selves and hidden selves, and the ways in which they are sometimes made to overlap.”
-Meg Wolitzer, New York Times bestselling author of The Female Persuasion

“A smart, riveting look at what happens to a community when competing visions of the American Dream collide and combust. Langsdorf is a keen observer of human frailty and desire and her characters are darkly funny, recognizably exasperating and deeply memorable.”
-Cynthia D’Aprix Sweeney, New York Times bestselling author of The Nest

“Writing with wonderful wit and precision, Langsdorf arranges her characters as thoughtfully as the tree-lined streets in their idyllic planned community. Readers will delight in the recognition of their own neighbors on these pages where primitive, territorial instincts pulse just beneath the everyday pleasantries of soccer games, barbecues and town meetings. White Elephant belongs on the bookshelf next to Rick Moody’s The Ice Storm and Richard Yates’ Revolutionary Road.”
-Ann Leary, New York Times bestselling author of The Good House

“White Elephant is a terrific debut, brimming with wit, well-honed prose and sharp observations into human nature. It’s the kind of book I want to press into the hands of friends, because I know how much they will enjoy it.”
-Cristina Alger, New York Times bestselling author of The Banker’s Wife and Girls Like Us

“White Elephant is a delightful look at a picture-perfect DC suburb—complete with community theater, model Sears homes and neighborhood feuds. Langsdorf lets us peek into the windows of these cookie cutter houses and eavesdrop on the residents of Willard Park as they gossip, seek revenge and struggle with what it means to be a good neighbor. This debut is an absolute pleasure to read.”
-Jennifer Close, bestselling author of Girls in White Dresses and The Hopefuls